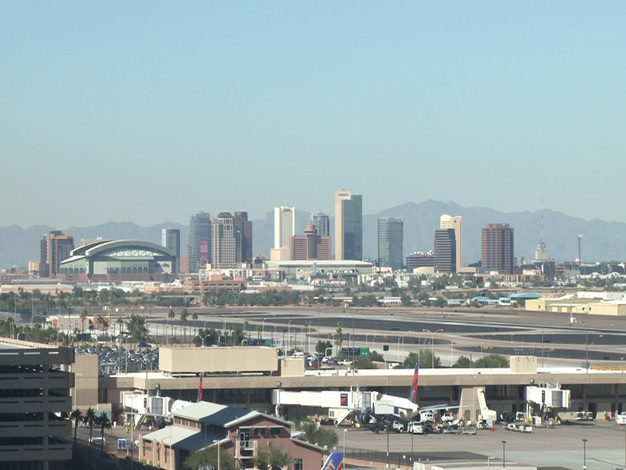 
PHOENIX -- On what used to be a quite street in central Phoenix, the sound from above has taken over.

“I feel like I’m in my own fort and I’m held up and there’s nothing I can do," said Nicole Marquez.

Since the new flight paths went effect last September, Marquez says the noise has gotten out of control.

Between May 1st and August 31st of this year nearly ten thousand noise complaints were filed with the city about Phoenix Sky Harbor.

During that same time period last year, before the new flight paths went into effect, just four complaints were made.

“The community and the city have been working together to let the FAA know how disturbing this has been to many people in the community,” Deborah Ostreicher, Phoenix Assistant Aviation Director.

But for many the fact that it's still a problem says it all.

“I think we’re on the ignore button and I think that’s from all officials at this point," said Marquez.

For Marquez who has to live with the problem every day, the hope is something gets done soon.

At least for a little longer, quieter skies, are just a dream.
Copyright © Tyler Fingert